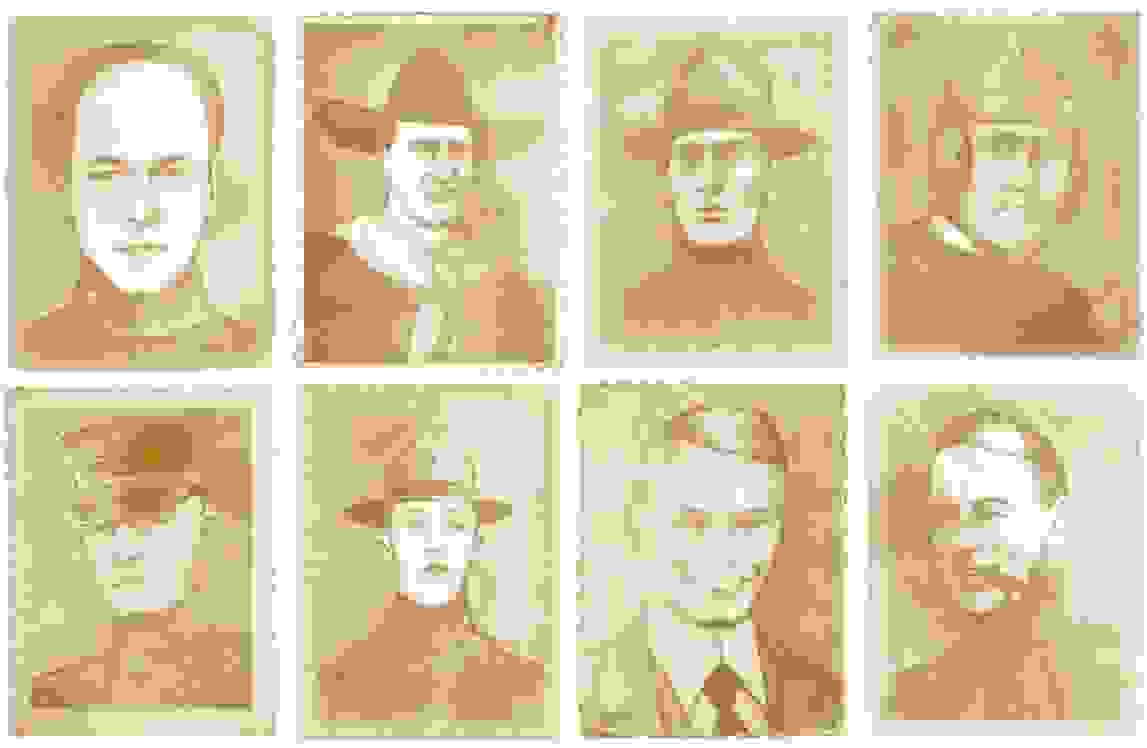 What's In a Name?

A literary endeavor needs to have a literary start -- with the name of the character and the title of the book.

I place a great deal of effort into naming my characters. I believe readers appreciate a well-named character, and colorful characters that are suitably christened tend to be memorable.

Where do the names come from?

In the manner of Charles Dickens and Henry James, I have collected quite an inventory of character names over the years.  I am always on the lookout for names that are both interesting and unique and fit within the context of my story. I also poured over the Marine casualty lists of the period to ensure that my character names were representative of those Marines who served at that time.

The following is an inside look into how I name my characters:

Kenneth Remain: Kenneth is named after Kenneth of the Couchant Leopard, a knight crusader (from one of Sir Walter Scott’s Waverly Novels – The Talisman) known for his chivalrous manner and bravery – qualities that Kenneth Remain strives for; Remain is an anagram for Marine.

KatyKay Mulcahy: I love the assonance of KatyKay and its familiarity; KatyKay Mulcahy is the fictional daughter of the historical character, James Mulcahy, whose name I found inscribed on a memorial tablet outside Chicopee City Hall in Chicopee, Massachusetts (my hometown & KatyKay’s fictional hometown). James died in the Civil War and his particulars are memorialized briefly in The Remains of the Corps as part of KatyKay’s background; I also was drawn to the alliterative quality of the full name.

Lawrence Sizemore Blakeslee: Sizemore is an important sounding name, especially as a middle name; Sizemore has a meaning of hillside or slope, and Lawrence is forever sliding down a slope that is getting all the more slippery by virtue of his own actions; the Blakeslee family is originally from England and had seven generations of Harvard graduates, so I needed an Old English name that had a substantive, enduring quality about it.

Top Sergeant Douglas MacCallum: Top, a Scotsman, is legendary, stoic, and distant Marine, so Douglas, which is of Scottish origin and means “from a dark river,” is an excellent fit. MacCallum, also of Scottish origin, means son of Collum – a reference to his warrior ancestors.

Jacques LeGrande (introduced in Volume II: Belleau Wood & Beyond), the French military police officer, is a major character, deserving of a substantial (grand) name; assonance figured in as well.

OTHER CHARACTERS AND THEIR GENESIS

Names that fit their high-born status: Many of the Marines at that time came from wealthy families and those families tend to attach patrician names to their offspring. My characters reflect that practice: Winnifield Thompson; Charles Ashburton; Ernest Cleveland Cummings; Delmar Douglas Layton, Jr.; Leopold Lincoln Snodgrass; and Darcy Bailey Overstreet, III.

Picked up along the way: Bruno Donatelli’s name came off a plaque under a stained glass window in a Catholic church (heaven-sent); I found Pliny on a plaque at a flower conservatory in Harvard, Massachusetts; Gravenwood came from a gravestone; and Modifica, alternatively sounded out as “Mud-i-fukka,” is based on a real-life auditor I came to know—who was not what the name implies.

Special: I chose Murphree instead of Murphy for my dark, hard-drinking Irish character – one origin story of the Murphree name has an inebriated Murphy, somewhere in history, repeating “Mur – free” over and over to a legal clerk who recorded it as it as he heard it. This character becomes corrupted just like his name.

Personal Touch: Edgar Alan Gleason reflects my interest in Edgar Allan Poe; I borrowed Jimmy Tuckalo and Fat Beano Harris from my Dad (they were “collectors” who supervised newspaper delivery boys back in the 1920s); “Mitzie” Mieczyslaw came from my wife’s father, Matthew, felled before forty by leukemia (Matthew sounded closest to the Polish name of Mieczyslaw, but most called him Mitzie); Swindler came from my optometrist named Sindler who said everybody called him Swindler; Jean Berthoud came from John Berthoud who was the managing partner of the CPA firm I joined out of college (he introduced me to Dubonnet, a French appertif, that has been my drink of choice all of my adult life). Dubonnet had its origins in the French Foreign Legion and the Dubonnet Wine Company was founded by the Dubonnet family who lost a son in WWI when his plane was shot down by the Germans – now there’s a serendipity connection if there ever was one! This story is briefly embedded in the novel.)

In the military, especially during wartime, everybody has a nickname.  It lends familiarity, makes for clarity (too many Toms, Dicks, and Harrys), and speeds up communication when relaying information fast is critical.  Also, when the life expectancy of men around you is likely to be short, not knowing a fellow Marine's full name can lessen the impact of loss.  From a novelist's point of view, a rich collection of sobriquets lends realism and spices up the narrative and dialogue.  The following informal discourse on monikers is excerpted from The Remains of the Corps:

. . . And this bunch had a rich collection of nicknames: some had been earned in the Old Corps and some came along as baggage, but most had been newly bestowed.

Some were about geography: Cpl. “Nevada” Scoville was from Reno; Cpl. “Caje” Garrison was out of the Big Easy; Pvt. “Big Bone” Tritt hailed from a small town of the same name in Boone County, Kentucky; and Pvt. “Wally” Norcross was late of Walla Walla, Washington.

Some had been earned in the Corps: Sgt. “Bull” Domicelli gained his sobriquet as a prison guard; Cpl. “Killer” Clark had clinched his in Haiti where he had personally killed more than a half-dozen Cacos; Cpl. “Dead Eye” Swindler hadn’t shot anything but targets, but he rarely missed; and Cpl. “Rider” Hunt had secured his handle by switching from horse-mounted cowboy to horse-backed Marine.

Occupational bynames were quite common: Pvt. “Baccy” Litchfield, the tobacco farmer, was named for his contributions to the making of coffin nails; Pvt. “Barrister” Fury worked out of a courtroom; Pfc. “Rad” Gravenwood had served with the radical IWW seeking social change through the labor movement; Pvt. “Buttons” Workman had worn a bellhop uniform bedecked in buttons; Pfc. “Wigwag” Hollister was named for his talent with the semaphores; and, Pfc. “Professor” Murray, Pvt. “Teach” Ramsey, and Pvt. “Reverend” Titus were patently obvious choices.

Physical attributes made for visual images: Sgt. “Fat Beano” Harris deserved his moniker for his belly, though he could outmarch anyone in the platoon, and Cpl. “Doors” Gordon warranted his tag as he had ears that looked like two wide open doors on a Tin Lizzie. Because their appellations came with more than one stripe, they were used only by fellow NCOs.  “Pop” Olds was especially apt given his premature grey hair and paternal appearance.

“Red” Murphree and “Irish” O’Flanigan were two of the more run-of-the-mill labels.

Most monikers were name related: Artemus was “Artie” — Hiram was “Hi” — Charles was “Chas” —Chester was “Chet” — Winnifield was “Winnie” — Cpl. Pigeon was “Pidge” — Pvt. Os was “Ossie” —Pfc. Schultz was “Schultzie” — Pvt. Tuckalo was “Tuck” — Pvt. Nelson went by “Nels” or “Nellie” — Pfc. Archibald Smith answered to either “Archie” or “Smitty” — Pvt. Timothy Tenpenny collapsed to “TT” — and, Mieczyslaw was shortened to “Mitzi” for everyone’s sake.

Some nicknames were complimentary, like Pvt. “Babe” Moran for his good looks, Pvt. “Brains” Mansfield for his prodigious academic accomplishments, Pvt. “Trueshot” Coleman for his ability to shoot the eye out of a squirrel at one hundred paces, Pvt. “Casanova” Sabatini for his classic Italian looks, swagger, and smooth-talking manner, Pvt. “Sampson” Baumhauer for his sculpted size, Pfc. “Happy Mac” McDougal for his perpetual optimism, and Pfc. “Saint Cornelius” Cleghorn for his god-fearing demeanor which included getting down on his knees to pray every night.  “Nip” And “Tuck” made sense, of course, though the vinegary Sgt. MacCallum preferred “Tweedle Dee” and “Tweedle Dum.”

Other nicknames were less complimentary and, in some cases, they were unkind and even cruel: Pvt. “Notta” Niggemeyer’s nickname resulted from his name being shortened to “Nig.”  He responded with “I’m notta nig!” so many times, it stuck.  Pvt. “Snortin’” Norton was named for the snorts that punctuated his laughter, Pvt. “Goober” Coyle, who also went by “Wrong-foot Jimmy” for his inability to step off on his left foot, was named not so much for his Georgia roots, but for his goofball manner, and Pfc. “Alibi Ike” Jones was the consummate shirker, always looking to be elsewhere when there was work to be done.  Pfc. “Peewee” Maxwell hated his well-deserved diminutive — it was generally agreed that he must have been standing on his tiptoes when he navigated the Corps’ minimum height requirement. Pvt. “Useless” Stuckey must be hating his parents for naming him Ulysses, but how could they know they were bestowing such a distinguished name on someone who would grow up so inept. Pfc. “Booter” Abbott had been a semipro baseball player, a shortstop with a penchant for booting balls that were hit straight at him; Kenneth had overheard that “Booter” might also be a reference to the magnitude of his manhood — it being of such exaggerated size that he might boot it while walking.   “Hap” Hazard has a documented history of unhappy happenstance.  Finally, the most mean-spirited nickname had been thrust by some cruel wit on Pfc. “Purple Lips” Cline who had a port-wine stain birthmark that traveled from his left shoulder up over his neck and jaw, circled his lips, and ended just below his nostrils.

Pfc. “Lucky” Mothersbaugh had merited his name more than anyone. His first brush with luck was when he survived the crash of a train that was carrying Marines out from California to Quantico even though his seatmate was crushed to death — a single stroke of good luck for sure. Later, in live-grenade training, a hand bomb was dropped at his feet which turned out to be a dud. At that point, some started calling him Lucky. Just before heading overseas, an accidentally discharged rifle bullet had lodged in the wall just behind his cot, shortly after he had moved from a sitting to prone position, five minutes before lights out. The nickname Lucky stuck and Marines started rubbing his helmet or head for good luck, the way Harvard students rubbed the sculptured toe of John Harvard at Harvard Yard.